Willpower doesn't work. But habits do.

Read This To Get Started on Monday

Drop your email to get in Monday's Mini Habit Week: Just 2 reps a day, 5 days a week!

“Should I lose weight or should I get fit?”

Virtually no-one asks that question because by default, most people think they should lose weight. It’s weight loss that has been highlighted over and over in the media, it’s weight loss that most doctors recommend. Exercise takes a second place far below that holy grail of weight loss.

But what if focusing on fitness first gave us MUCH better results both in terms of health and looks? I’ll give you 6 reasons this is true at the end of the article. But first let’s discuss our obsession with weight loss.

I get why we focus on weight loss. First, extra weight is something we can SEE. Fitness is not necessarily something we can detect. Really if I saw you in person right now, I’d probably have no idea how many push-ups you can do, or whether you can walk 1 mile without getting tired. I don’t know if chasing after your kids at the park is indeed “a walk in the park” or if you get tired after 10 minutes.

But I’ll most probably be able to tell if you carry “extra pounds” or not.

So before we even dig into the research, we know we’re biased in favor of pursuing weight loss rather than fitness. At the end of the day, our senses say so. Your vision is clear: Weight loss you actually see, fitness not so much.

To answer “should I lose weight?” let’s discuss: Is obesity really that bad?

A while ago I wrote an article on the Fitness Reloaded blog: Why Being Fat and Fit And Perfectly Healthy Is Perfectly Normal. In this article I talked about the fat bias and whether obesity is really that bad. Today I want to build upon that.

Obesity is linked to multiple conditions, but since heart disease is the Nr. #1 killer in the USA, since it’s about 90% preventable, and since obesity is one of the major risk factors, I’m gonna focus on the link between obesity and heart disease and how fitness changes the picture.

Again according to WHO raised BMI increases the risk of cardiovascular disease (mainly heart disease and stroke). The risk for CVD increases with an increase in BMI.

Yes obesity has been linked to cardiovascular disease. But what if obesity is not the problem?

Traditional risk factors for all-cause and cardiovascular disease mortality include hypertension, diabetes, smoking, or obesity. Cardiorespiratory fitness (CRF) is often overlooked, or not measured at all.

So here’s what many studies are missing. Obesity comes for a reason, mainly consuming more calories than what is needed. And one factor responsible for this surplus is lack of physical activity and living a sedentary lifestyle.

What we know is that fitness has been shown to have a big effect on mortality. According to Lee et al., the protective effect of cardiorespiratory fitness on mortality is independent of age, ethnicity, adiposity, smoking status, alcohol intake, and health conditions.

And it gets better. If you’re fat and think you need to lose weight…

Kodama et al. explained that a 1-MET higher level of CRF is comparable to a 7-cm, 5-mmHg decrement in waist circumference and systolic blood pressure respectively.

MET is a way to measure fitness level. So getting a bit fitter is equivalent to losing 7 cm from your waist! That’s almost 3 inches!

Barry et al. in a meta-analysis of fitness and fatness on all-cause mortality conclude:

Ortega et al. set out to discover why some obese people are healthy. Seriously! They investigated the role of fitness:

The authors concluded that “the metabolically healthy but obese phenotype is a benign condition.” In other words, if you’re fit, who cares if you’re fat?

We have found that a moderate to high level of CRF (=cardiovascular fitness) eliminates the higher risk of mortality associated with obesity (Lee et al., 1999). We observed similar findings among older adults aged 60 years or older (Sui et al., 2007). In these ACLS studies, obese individuals who were fit had comparable mortality risk to normal-weight individuals who were unfit. These findings were consistent when using percentage body fat or waist circumference instead of BMI. Recently, the Veterans Exercise Testing Study in men aged 40–70 years also found that overweight and obese men had higher risk of all-cause mortality only if they had a low fitness level (McAuley et al., 2010).

However, in other studies fitness reduced the risks posed by obesity but did not completely eliminate them. At this point, we’re not sure if fitness completely reverses the effects of obesity or not. So we can’t claim that obesity is not a problem.

What we are sure about though is that fitness plays a major role on health and mortality risk. According to Lee et al:

6 Reasons why fitness may be a better goal to pursue than weight loss.

“Should I lose weight?” I’m not saying you shouldn’t. Maybe you should. E.g., if your knees hurt, then by all means do it. But if you’re worried about cardiovascular health, I’d want to encourage you to think strategically:

Do you have to START with focusing on weight loss, or is focusing on FITNESS first a better goal?

Let’s review: Is obesity linked to cardiovascular disease? Yes it is. Is it bad? Yes it is. It seems that obesity does have a negative effect, regardless of fitness. We don’t know the extent of this effect. Lack of fitness may or may not play a bigger role than obesity.

But maybe obesity is not that bad, and it just happens that obese people with increased risks were also unfit. Seriously, what if lack of fitness is 2x as severe as having extra pounds? Or what if the effect of obesity is minuscule compared to the effect of being unfit? These are answers that we’ll have to investigate in future research.

1. Getting fit is more fun than being on a diet.

The biggest difference between getting fit and losing weight is that when you get fit you become MORE. While when you lose weight you focus on “less,” and most people associate this with restriction.

Now I know people can see getting fit as a restriciton too. But generally it’s easier to start exercising, rather than to focus on restricting yourself, losing weight, and then making sure you don’t get that weight back.

If our society paid more attention to fitness rather than weight loss, we’d have fewer obesity incidents. Seriously, if we all talked about how many push-ups we can do, versus getting a “bikini body,” less people would get fat because they’d be exercising.

3. It’d be easier to lose weight because people would be exercising.

Getting fit makes weight loss easier. Plus, you’re more likely to NOT gain the weight back.

4. Society is biased against fat people. But if fitness was the holy grail then we wouldn’t automatically assume that fat=unhealthy.

Generally people think that fat by default means unhealthy, even though in many cases that could not further from the truth. But if we stopped obsessing about weight loss, our “fat bias” would substantially subside as we’d get involved in more conversations about physical activity rather than the extra pounds we gained and how to lose them quickly.

5. Both fat and thin people would be healthier.

Even if overweight people don’t lose weight, they’d get all the protective benefits of exercise and from a cardiovascular perspective they may still be fine. Plus all the thin people who think are “fine” just because they’re thin – well, they can do better. Being thin is not an excuse for lack of fitness.

If weight loss stops being the holy grail, then why think you need to starve yourself and risk an eating disorder?

As you see it’s not as if you have to pick one. If you choose fitness you may still lose weight (while if you just aim for weight loss without including fitness, well you may lose weight and stay unfit). That’s just one more of the benefits of aiming for fitness first.

So back to the original question: “Should I lose weight, or should I get fit?” Leave a comment below and let me know your thoughts on what you think your goal should be!

Kodama et al., “Cardiorespiratory fitness as a quantitative predictor of all-cause mortality and cardiovascular events in healthy men and women: a meta-analysis.” The Journal of the American Medical Association, 2009 May 20;301(19):2024-35.

← Why 5 Minutes of Exercise a Day Is Better Than 30 Min a Day.
Make Exercise A Habit: Get Started On Monday. → 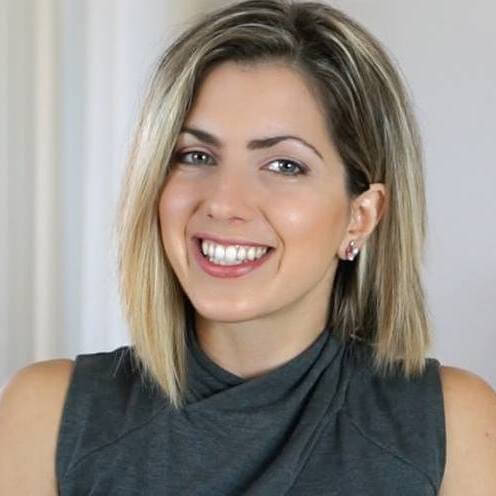 I'm the founder of Fitness Reloaded and the best-selling author of "Suprisingly...Unstuck: The Power of Small Healthy Habits In A World Addicted To Instant Results." In Exercise Bliss I’ll be helping you get healthy and in shape. Step-by-step you'll go from hardly exercising - and dreading it, to daily exercising and loving it! Learn more about my journey to become one of those "healthy-living" people here.

RESULTS DISCLAIMER: When addressing results in any of our websites, videos, newsletters, programs or other content, we've taken every effort to ensure that we accurately represent our programs and their ability to change your body and improve your life. However, the Company does not guarantee that you will get any results using any of our ideas, tools, strategies or recommendations, and nothing on our Sites is a promise or guarantee to you. Results may vary on an individual basis.

You alone are responsible for your actions and results in life which are dependent on personal factors including, but not necessarily limited to, your skill, knowledge, ability, dedication, consistency, personal ethic, to name just a few.