Willpower doesn't work. But habits do.

Read This To Get Started on Monday

Drop your email to get in Monday's Mini Habit Week: Just 2 reps a day, 5 days a week!

I was 15 pounds heavier and had to drag myself to exercise.

I always wanted to live healthy - I just wasn't one of "those" healthy-living people.

After I graduated from Stanford, I found myself on a downhill. I had an "Oops, how did I get here" moment.

I was putting on weight year after year, and my health habits were worsening. I had managed to put on more than 15 pounds in 2 years.

Now those 15 pounds were not really the problem. Yes I was heavier, but being one-two sizes bigger did not concern me that much.

What was the problem was that I had gained the weight not because I was pregnant, or I had hormonal issues, but because my health habits were getting worse and worse.

I had to be honest. I admitted that if I kept on walking down that path, if I kept exercising less and less, then in 10 years time I would be fat and sedentary.

And we all know how being sedentary is linked to all sort of health conditions: high blood pressure, diabetes, heart disease, cancer, stroke, just to name a few. Was this what I planned for my future self?

Fat and sedentary? Not how I pictured my life.

I wanted to be energetic and feel vital. I wanted to live a long life and evolve into the kind of grandma who gets her grandkids knocked down, not the other way around.

I didn’t want to spend the rest of my life feeling guilty every time I look at old pictures and thinking: “I know I should exercise more…”

And yet, I made it happen. I didn't just become a regular exerciser - I also lost the extra pounds, without ever having to go on a diet. Losing weight was a natural side-effect of moving more. 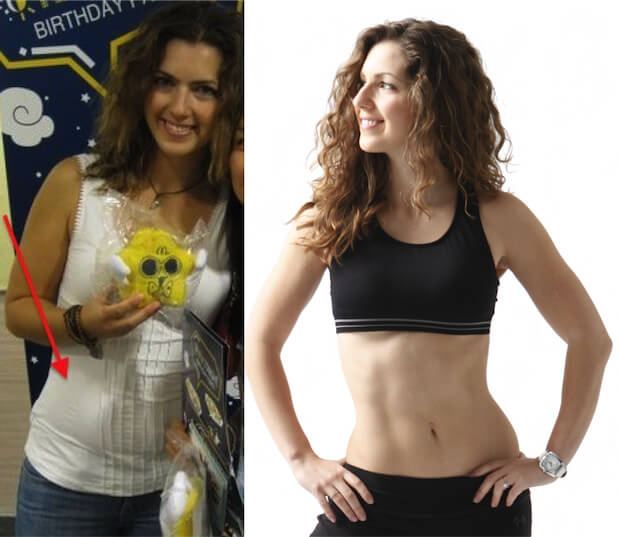 The picture on the right was taken about a year after I had started my new habit!

With Exercise Bliss you can do that too, without ever having to "whip yourself into shape." 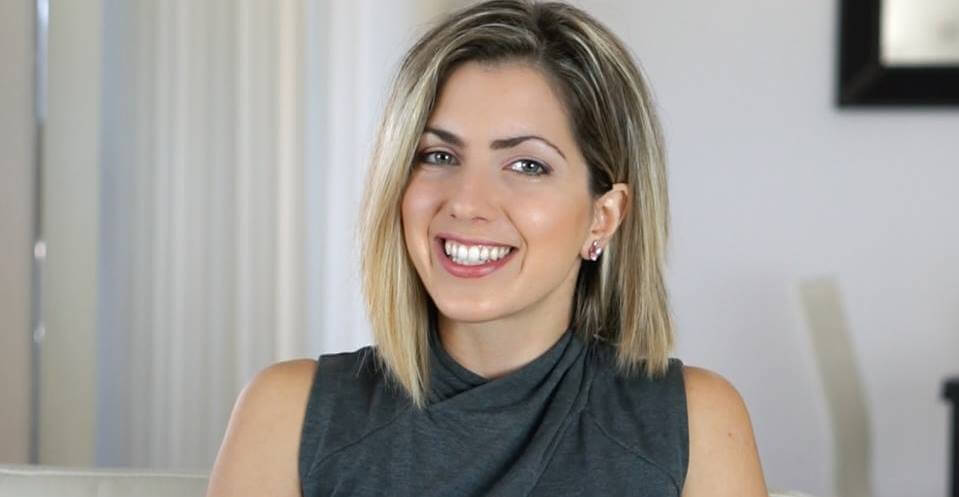 Hi, I'm Maria, the founder and Editor-In-Chief of Fitness Reloaded, author of Amazon best-seller "Suprisingly...Unstuck: The Power of Small Healthy Habits In A World Addicted To Instant Results," and the creator of Exercise Bliss.

My weight gain at Stanford was a wake-up call that I needed healthier habits. Not the type of "habits" that last for a few months, but the habits that last for life. I wanted exercise to become second nature. I didn't want to have to debate with myself to do it -- I wanted to just do it!

And that's how me, an engineer with an MBA, got certified for personal training, founded Fitness Reloaded, and started studying psychology. In particular, I studied habits.

To my surprise I realized that even though there's been lots of breakthrough research in this field in the last 15 years, this knowledge has not yet transferred outside of research labs.

The result is that people keep doing things that seem as if they're helping them "stick to exercise," or "make exercise a habit," yet in reality they're actually PUTTING OBSTACLES to the habit-making process.

It's no accident that we are now as inactive as ever, even though we are aware of the benefits of exercise.

If you're sedentary but wish you weren't, if you hate exercise but wish you didn't, if you're an on-and-off exerciser and wish you actually had a routine you keep up with, then Exercise Bliss is for you.

RESULTS DISCLAIMER: When addressing results in any of our websites, videos, newsletters, programs or other content, we've taken every effort to ensure that we accurately represent our programs and their ability to change your body and improve your life. However, the Company does not guarantee that you will get any results using any of our ideas, tools, strategies or recommendations, and nothing on our Sites is a promise or guarantee to you. Results may vary on an individual basis.

You alone are responsible for your actions and results in life which are dependent on personal factors including, but not necessarily limited to, your skill, knowledge, ability, dedication, consistency, personal ethic, to name just a few.